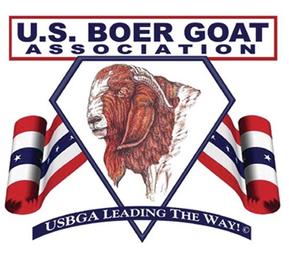 
Section 1 - Title: This Association shall be known as the UNITED STATES BOER GOAT ASSOCIATION, U.S. BOER GOAT ASSOCIATION, or USBGA and shall at all times be operated and conducted as a non-profit association in accordance with the laws of the State of Texas, provided for such organizations and by which it shall acquire all such rights as granted to associations of this kind. The word organization when used herein shall refer to and include all three names.

Section 2 - Purpose: The purposes for which the Corporation is organized are to promote and improve the Boer goat breed in Texas and elsewhere in all appropriate ways, including through pedigree tracking and maintenance by registration , and to advance the Boer goat industry in Texas and else where in all appropriate ways, including through education, promotion and marketing.

Section 3 - Place of Business: The principal place of business shall be Spicewood, Burnet County , Texas , but its members or officers may be residents of any state, territory or country, and business may be carried on at any place convenient to such members or officials, as may be participating.


Section 1 Notice:  Anytime notice to any member, person, or entity is required for any reason it may be given in any one or more of the following ways and will be effective as follows:

3. Posting on the official web site of the USBGA. The official website is USBGA.org. Such notice shall be effective when posted on the web site at least 30 days before the date of the meeting or event requiring notice

4. Additionally, when the Board of Directors or members are required to be give notice,  it may be by E-mail sent over the internet to the member or director at the current e-mail address as it appears on the records of USBGA. Such notice shall be effective when sent, as it is each member and director’s responsibility to make sure their e-mail address is current, that their computer receives e-mail at all times and that this organization is on the approved sender list and is not blocked in any manner.


Section 1 - Members of USBGA shall be admitted, retained and expelled in accordance with such rules and regulations as the Board of Directors may, from time to time, adopt. Members of USBGA shall abide by and comply fully with all rules and regulations of the organization. Members have the duty and responsibility to make sure that the Corporation has a current email and a current postal address at all times.

Section 2 - The regular annual meeting of the members shall be held at such time and place as may be established by the Board of Directors for the transaction of such business as may be brought before the meeting. Prior notice to members of any annual, regular or special meeting of members may be given as herein provided.

Section 4 -At any meeting of the members held after timely and proper notice to the members, the members attending such meeting shall constitute a quorum for all purposes. To exercise voting privileges, a member must be physically present at a meeting. Voting shall not be allowed by proxy.

Section 5 - Any officer of USBGA may call the meeting of the members to order and may act as chairman of such meeting, precedence being given as follows: President, First Vice President, Second Vice President, Executive Secretary and the Treasurer. In the absence of all such officers, members present may elect a chairman. The Executive Secretary of USBGA shall act as secretary of all meetings of the members, but in his absence, the Directors may appoint any person to act as secretary of the meeting.

1.      Election of Directors as provided for in the by-laws of USBGA

2.      Any proposed revision or amendment under Article IV, Section 11

3.      Such other matters as the Board of Directors shall choose in their discretion to submit to a member vote.

In all matters governed by the vote of the members, each member in good standing shall be entitled to one vote and voting shall not be cumulative.

Section 2 - Any Director who is absent for two (2) consecutive times from meetings of the Board of Directors of which he was given notice is automatically removed as a Director without further action. All directors shall have the option of attending any and all meetings by electronic means.

Section 3 - In accordance with the mission statement of USBGA, Directors, are expected to assist in the provision of beneficial services for its members. These services should enhance and encourage Boer goat ownership and participation through Director availability and visibility to members. To establish and improve communications between USBGA and its members, each Director should submit a yearly report on the status of the industry in their respective state, province and/or country to aid USBGA in addressing and implementing the needs for members.

Section 6 – All meetings of the Board of Directors shall be held whenever called by the President or by two-thirds of the Directors. The Secretary shall give notice of each special meeting in accordance with Article II to each and every Director at least 15 days before the meeting, but such notice may be waived by any Director. Unless otherwise indicated in the notice thereof, any and all business may be transacted at a special meeting. Any meeting at which a majority of the Directors may be present, even though without any notice, any business may be transacted.

Section 7 - A majority of the number of Directors shall constitute a quorum for the transaction of business, but if at any meeting of the Board there may be less than a quorum present, a majority of those present may adjourn the meeting from time to time until a quorum shall be present.

Section 10 - The Board of Directors shall elect officers of USBGA.

Section 12 - The Board of Directors, from time to time, may create and empower committees, general or special.

Section 13 – The Board of Directors, from time to time, may created and issue rules and regulations for the organizations and its members.

Section 14 –  Each director shall be elected for a term of four years.

Section 2 - President: The President shall be the chief executive officer of USBGA and shall preside at all meetings of the Board of Directors. He shall see that the Bylaws, rules and regulations of USBGA are enforced, and shall perform all other duties that may be prescribed from time to time by the Board of Directors. He shall be an ex officio member of all committees.

Section 3 - Surety Bonds: The Executive Secretary and the Treasurer and all other officers or employees of USBGA who may handle any funds of USBGA shall give a surety bond to be furnished at the expense of USBGA for the faithful discharge of his or her duties, if so required by the Board of Directors.

Section 4 - Auditing of Accounts: USBGA shall conduct its affairs on the fiscal year basis, to begin October 1 and end September 30. An annual commercial auditing of the accounts of the Executive Secretary and the Treasurer shall be made by a certified public accountant at the close of each fiscal year and shall be reported at the next annual meeting of the members following the close of such fiscal year. Such accountant shall be a disinterested person and not a member of USBGA.


Section 1 - The Board of Directors shall have the power to make, amend and repeal the Bylaws of USBGA by vote of the majority of the Directors at any regular or special meeting of the Board, subject to the right of the members to rescind or amend any such Bylaws in the same manner as provided in Article III, Section 9, for the revision or the amendment of rules and regulations.


Section 1 - USBGA shall indemnify and hold harmless any Officer, Director, and employee of USBGA, their personal representatives and heirs, against reasonable legal expense, judgments and expense of settlement in connection with any threatened, potential or actual litigation arising out of the Officer, Director or employees activities as an officer, director or employee of USBGA. To be entitled to indemnity such person must:

1.      have been acting in that person’s capacity as an officer, director, or employee of USBGA who in discharging his or her duties acted in good faith with ordinary care, relying on information, opinions, reports, or statements, including financial statements and other financial data, concerning the corporation or another person and prepared or presented by (1) an officer or employee of the corporation; (2) legal counsel; (3) a certified public accountant; (4) an investment banker: ( 5) a person who the director reasonably believed possessed professional expertise in the matter; or (6) a committee of the corporation of which the director was not a party; and the director had no knowledge of a matter that made the reliance unwarranted.

2.       to act on behalf of USBGA in the  transaction or actives from which legal liability arose;

3.      shall have been acting within the course and scope of  his or her position with USBGA at the time of the transaction or actives from which legal liability arose;

4.      shall not have been guilty of intentional misconduct or involved in  illegal actives at the time of the transactions or actives giving rise to the claim or litigation from which indemnity is sought;

5.      shall have, as soon as practicable, notified USBGA of such actual or threatened litigation,

6.      shall allowed  the Board of Directors to direct defense thereof, including, but not limited to, selection of counsel, and direction of settlement negotiations.

Bylaws of the USBGA